Nature uses nanometer-scale, protein and nucleic-acid-based “switches” to sense chemical inputs and transduce molecular binding events into specific, high-gain signal outputs. Examples of these nanoswitches are calmodulin proteins, cytokine receptors and riboswitches. These biomolecular switches shift between two or more conformations in response to the binding of a specific target (see figure on the right). This leads to very specific and sensitive output signals that regulate important biological functions. Inspired by the mechanisms employed by nature to detect the inputs from thousands of distinct molecules in a complex physiological environment, we propose to exploit the “designability” of nucleic acids to develop molecular nanodevices that undergo binding-induced conformational changes (switches) upon target binding and, in doing so, can signal the presence of a diagnostic disease marker (such as tumor marker).
Most of these projects are carried out in  close collaboration with prof. Alexis Vallée-Bélisle (@ Univ. of Montreal) and prof. Kevin W. Plaxco (@ UCSB).

By taking advantage of the simplicity and versatility of DNA chemistry we can understand the thermodynamics basis of the nanodevices and apply this know-how to engineer nanoprobes for various applications. We have shown (PNAS, 2009) that the signaling mechanism of classic nanoswitches (molecular beacons) can be simply described by a population-shift model. The full understanding of the thermodynamics behind the nanodevices used in our projects will help us to optimize them.

We recently demonstrated a novel approach for thermodynamic characterization of a wide range of DNA-based nanodevices (Nucl. Ac. Res., 2017) and novel strategies that couple simulative and experimental approaches (JACS, 2017).

Inspired by the efficiency of natural nanosensors we re-engineered three naturally occurring DNA sequences, each recognizing a different transcription factor, into molecular switches that become fluorescent when they bind to their intended targets (JACS, 2011). Using these nanometer-scale sensors, we could determine transcription factor activity directly in cellular extracts by simply measuring their fluorescence level. Press release on this activity. Coverage also here and here.
We have also recently demonstrated the possibility to  rational design a nucleic acid catalyst (i.e. DNAzyme) that can be allosterically activated by specific Transcription Factor. More specifically, we have designed and characterized two peroxidase-like DNAzymes whose activities are triggered upon binding either TATA binding protein or the microphthalmia-associated transcription factor (MITF). This approach augments the current tool kit for the
allosteric control of DNAzymes and ribozymes and, because transcription factors control many key biological functions, could have important clinical and diagnostic applications. See the article here.

3) Synthetic biology
Because of its modularity and the precise prediction of the thermodynamic of its building blocks, the nanoswitches  represent a perfect toolkit to exploit naturally occurring systems. We have mimicked several of these mechanisms (such as allostery, sequestration etc) and have demonstrated how this know-how can be applied to overcome the limitation represented by the fixed dynamic range characteristic of most of our sensors (JACS, 2011; Angew. 2012; JACS, 2012). We have thus created sensors with broader or even more complex, three-state stimulus-response curve, by exploiting a well know evolution’s strategy which is based on the coupling of several copies of a given recognition element differing in affinity.

Conversely, we have exploited the sequestration mechanism used by nature to narrow the dynamic range of many regulatory cascades to create a very steep “ultrasensitive” response to changes in target concentration (PlOS Comp. Biol. 2011). We did so using not only DNA probes (in solution and surface) but also enzymes (Anal. Chem., 2011). The “all-or-none” response that we achieved may be useful in the development of molecular logic gates. These, in turn, may enable the development of molecular-scale computers and “autonomously regulated” chemical systems, ideas that have attracted significant recent interest. Media coverage of this activity. Other press here and here.
Another very interesting application of mimicking “nature-inspired” strategies have been achieved in collaboration with the group of Prof. Kevin Plaxco. We have rationally designed several DNA-based switches and sensors that, by mimicking the “Hill-type” allosteric cooperativity, show all-or-none digital response. We have re-engineered DNA-based probes, aptamers and metal ions sensors that show  cooperativity experimentally indistinguishable from the theoretically expected maximum (Angewandte 2014; PNAS 2014). A nice commentary in Science has been recently published about this work. Currently, we are investigating other possible means of achieving hemoglobin-like cooperativity with Hill coefficients > 2.

Recently, we have demonstrated a DNA Nanodevice that loads and releases a cargo with hemoglobin-like allosteric control and cooperativity (Nano Lett. 2017). Such nanodevice can in fact, just like hemoglobin, be controlled by Hill-type cooperativity, allosteric effectors, pH and temperature. 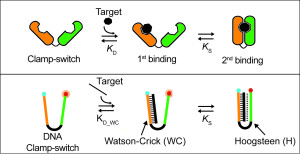 We are characterizing novel nanoswitches based on the use of triplex-DNA and Hoogsteen base pairing. Because of the double recognition events on two different regions of the same target the affinity and specificity of this probe is highly improved in comparison to a probe that employs only Watson-Crick base pairing. The mechanism we have characterized allows to bind at room temperature very short targets of DNA and its improved specificity compared to simple hybridization-based probes appears particularly suitable not only for sensing and therapeutic purposes (PCR, in vivo imaging of small repeats, interfering DNAs) applications in which both affinity and specificity play a crucial role but also for applications calling for a better control over the building of DNA nanostructures such as DNA nanomachines and DNA origami. (ACS Nano 2013).

This type of switching mechanism is also extremely versatile and can be employed for several applications including drug-release (Nat. Commun. 2017) and sensing (Nanoscale 2017).

5) pH-controlled DNA-based switches and reactions
We take advantage of the well-characterized pH sensitivity of the parallel Hoogsteen (T,C)-motif in triplex DNA. The sequence-specific formation of a CGC parallel triplet through the formation of Hoogsteen interactions, in fact, requires the protonation of the N3 of cytosine in the third strand in order to form (average pKa of protonated cytosines in triplex structure is ≈ 6.5).

For this reason, DNA strands containing cytosines can only form a triplex structure at acidic pHs. We first demonstrated a set of DNA-based nanoswitches that can be opened/closed over different pH ranges (over 5 orders of magnitude) (JACS 2014).
Such pH-sensitivity is very useful to achieve control over DNA-based reactions and the pH-triggered assembly and disassembly of DNA structures.

We have  demonstrated the pH-control of strand displacement reactions (JACS 2014) and DNA-nanostructures assembly (JACS 2016, Nano Lett 2016). 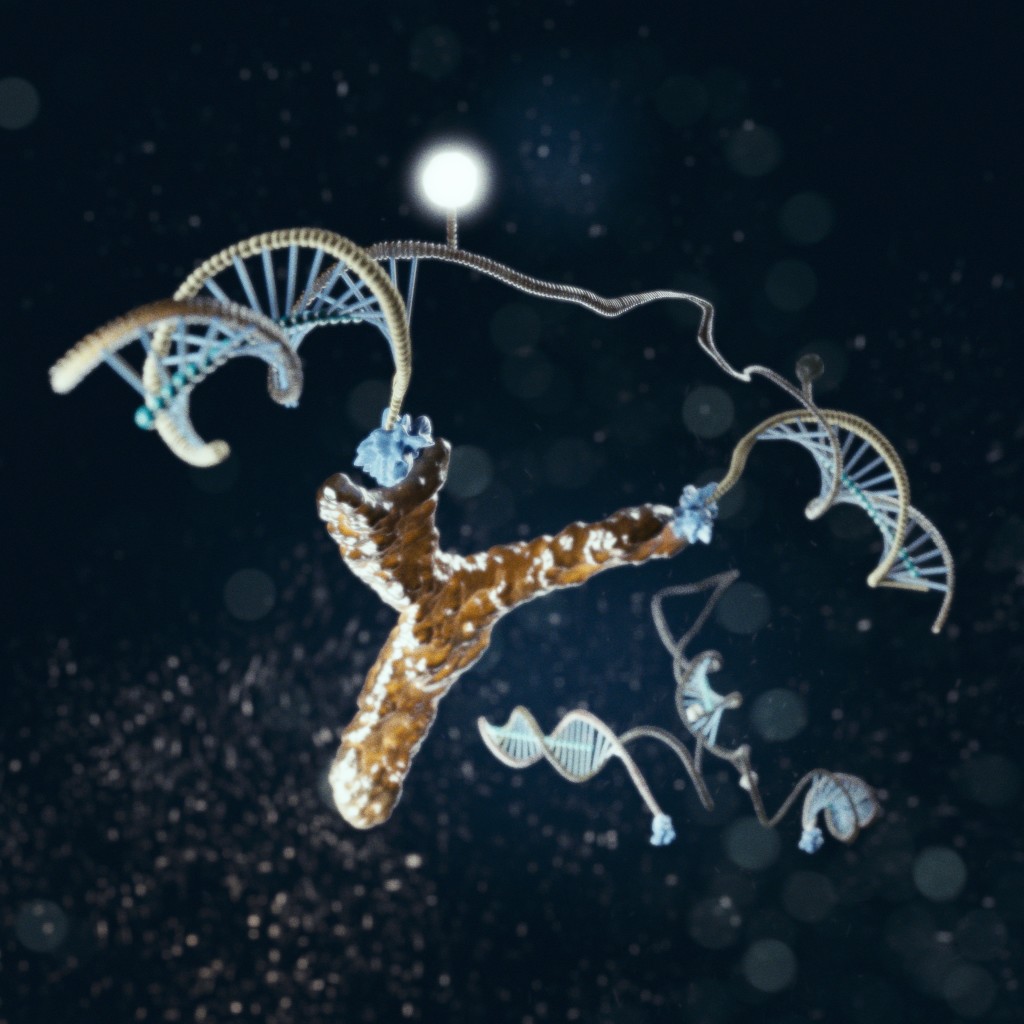 We have recently reported a new versatile sensing platform for the single-step fluorescent detection of a wide range of both monovalent (e.g., transcription factors) and bivalent (e.g., antibodies) proteins (Angewandte 2015). Using this platform we have measured the levels of five bivalent proteins (four distinct antibodies and a chemokine) and two different monovalent proteins (a transcription factor and an Fab fragment), all with the above-mentioned excellent specificity and low nanomolar detection limits.

We are currently trying to involve diagnostic companies to produce a prototype that could have commercial applications. 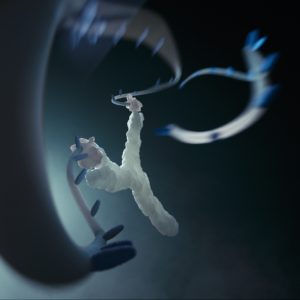 Prompted by this first example we have also reported different DNA-based nanodevices that can be controlled by antibodies. In  one of the most exciting example we have demonstrated a DNA-based molecular slingshot that can release a molecular cargo upon the binding of a specific antibody (Nat. Commun 2017). The work has received media attention and was featured in several international  (C&EN, E&T Magazine, The Engineer, GEN, etc.) and national   (SkyTg24, Focus, ADNKronos, Galileo, etc.) media